With Kavango’s shares currently trading at 2.2p, below July’s 2.5p IPO price, the market has yet to buy into its story. However, with the company hoping to find a deposit similar to Russia’s giant Norilsk mine, there remains a great deal to play for.  Here, Mike Moles, one of Kavango’s founders, explains the significance of the firm’s early progress. 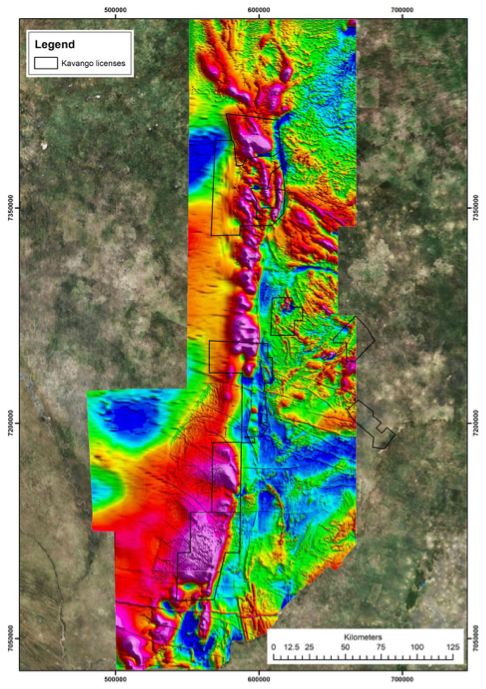 The KSZ is a 450km long magnetic anomaly buried beneath 20-30m of Kalahari sand. It was first drilled and explored by Canadian companies in the 1980s and 1990s. However, work was discontinued due to the depth of cover and lack of outcrop . Kavango returned to the KSZ in 2011, acquiring a number of prospecting licences with the intention of re-evaluating it with modern exploration techniques.

Kavango is focussed on exploring for massive sulphide orebodies containing nickel, copper, and platinum group elements. Mining consultant MSA Group has backed the potential presence of these deposits on the KSZ, and Kavango has suggested that the area has a similar geological setting to the giant Norilsk copper/nickel deposits in Siberia.

The company listed on the Standard List segment of the main market of the LSE in July, raising £1.5m by placing shares at 2.5p each to fund an airborne electromagnetic survey (AEM) over prospective parts of the KSZ together with follow-up ground work, and drilling of identified targets. In the months since listing, the firm has completed the first phase of this work, identifying 26 conductive anomalies.

Moles tells us that the number of conductors identified in Phase 1 of the survey is very encouraging. However, he says that identifying so many conductors has the potential to slow down the follow-up exploration:

‘Each of the detected conductors need to be assessed and prioritised for follow-up. This follow-up usually entails further, ground based, geophysics and soil geochemistry. These techniques help to identify the exact location of the conductor, its depth from surface and its size and shape. When you have this number of conductors, it is not really feasible to drill them all. You have to prioritise the targets and this can only be done effectively by incorporating all the relevant data into computer generated 3D models.’

Clearly, it takes time to separate this number of conductors into those that need to be drilled and those that do not.  Kavango has therefore postponed the next phase of the AEM survey until the follow-up work has caught up. Phase 2 of the surveying is likely to start in January.

Moles tells us that, although crucial, the follow-up work is time-consuming and is likely to result in a delay to Kavango’s overall exploration programme:

‘We can only do around a kilometre of these ground surveys a day and we need to complete 6 or 7kms on each target. With so many conductors to assess, the programme is turning out to be a more time-consuming process than we first thought,’ says Moles.

Could one particular target lead to a pivotal discovery?

Despite this delay, Moles points out that Kavango only needs to find one sulphide deposit on the KSZ to demonstrate its prospectivity and that the Norilsk model is applicable. What’s more, there already appears to be a serious contender for this pivotal discovery, with Moles telling us that one conductor has stood out from the others due to the presence of zinc at the surface. 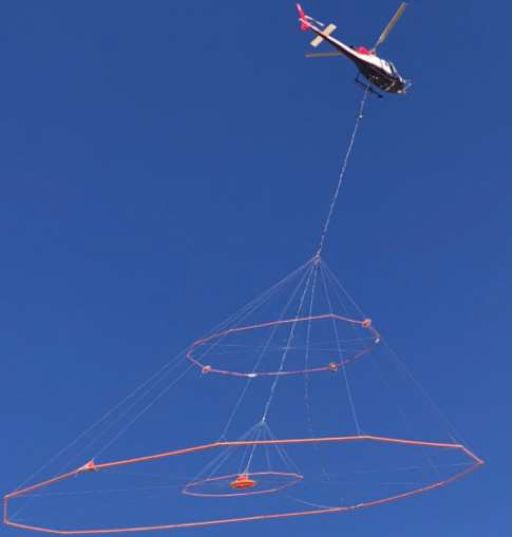 ‘This is very exciting and the target has become our current priority. We are running geophysical surveys over it at the moment, and if they confirm that this conductor has the characteristics of a metal sulphide deposit then we would like to drill a hole into it as soon as possible.’

Aside from its airborne survey, Kavango has also been increasing its land holdings in Botswana. Last month, it announced that it had been granted three additional prospecting licences, extending its ground holding along the KSZ by further 2,300km2. It now holds a total of 15 prospecting licences covering around 80% of the structure. With two of the new permits immediately adjoining the area covered by Phase 1 of the airborne survey, Kavango said the move was ‘strategically important’ in allowing it to adequately cover critical areas of prospectivity.

Elsewhere, the company has started surveying its Ditau Camp prospect. Earlier exploration by the firm identified a 7km long magnetic body with coincident metal in soils anomalies. Moles tells us that drilling of this area could be imminent:

‘We have previously identified coincident geophysical and base metal anomalies at Ditau, and we are now carrying out ground geophysics on this target. Subject to the results of our current work, drilling could begin early in the new year.’

Kavango has struggled to engage private investors since listing. However, the company’s first significant milestone will be proving up its belief that the KSZ fits the Norilsk model. This requires the discovery of at least one significant metal sulphide deposit of the Norilsk type. This could happen soon. And that could prove to be the catalyst for a re-rate in the company’s stock.

Proof of concept will come from the identification of just one sulphide orebody from the conductors Kavango has already located. According to Moles, the firm is already making an encouraging amount of progress towards achieving this. If Kavango can deliver this critical piece of newsflow and the market begins to show much more interest in the project, then any subsequent momentum could leave the company’s shares looking cheap at their current price.