Cora Gold (LSE:CORA) is primarily focussed is on two prolific gold regions in Mali and Senegal in West Africa. Today the company announces the appointment of Wardell Armstrong International (WAI) as independent consultants to undertake a preliminary metallurgical test work programme at the company's Sanankoro Gold Discovery in southern Mali. The test work programme will assess the amenability for cyanide leach extraction of gold from oxide mineralization at the discovery. Both cyanide-in-leach (CIL) and heap leach gold extraction technologies will be tested at WAI's laboratory facilities with results expected in Q2 2019.

In October, Cora announced that SRK Consulting had determined an initial Exploration Target of between 30 and 50 million tonnes of gold ore at a grade of between 1.0 and 1.3 g/t Au at Sanankoro. The company believe there is the potential to delineate 1-2 million ounces of gold to a depth of 100m.

The first round of drilling has indicated the possibility of significant further upside at depth and Cora is now looking to define the strike extent and depth potential of the higher grade zones that may exist.

It is also worth noting that Sanankoro is adjacent to the African Gold Group ‘Kobada Gold Project. The Kobada Project has a 1.2 Moz measured and indicated resource and occurs on a NE-SW orientated structure that runs parallel to the Sanankoro mineralisation. 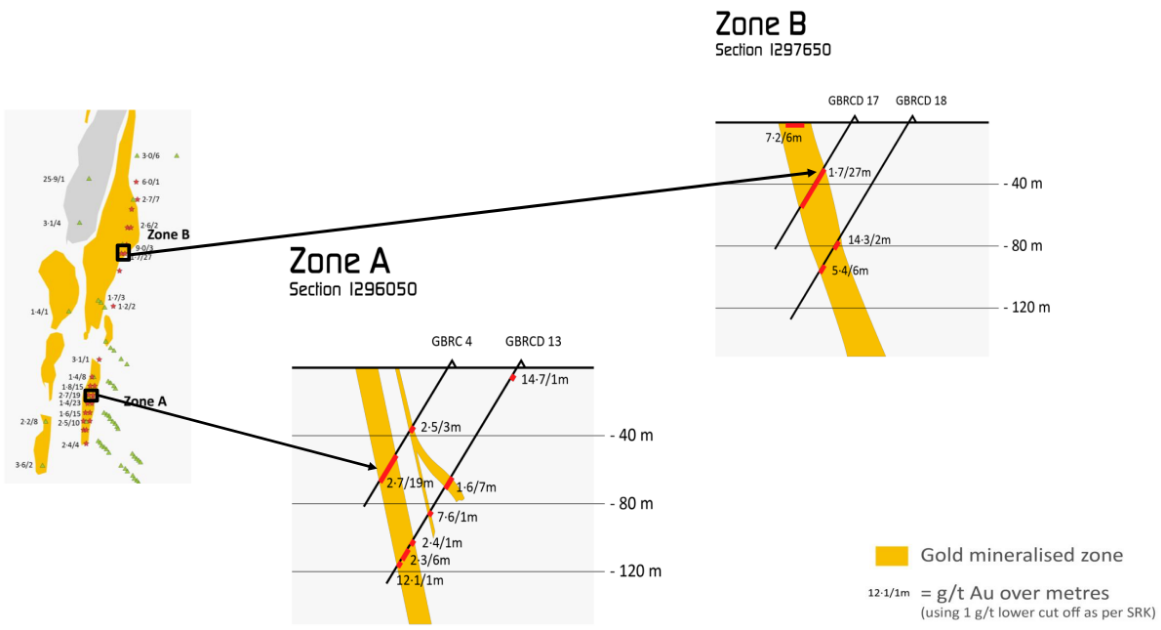 Jonathan Forster, Cora Gold's CEO, commented, "We are pleased to appoint WAI as our independent consultants for this preliminary metallurgical test work programme which is intended to provide initial guidance on methodology for future potential gold extraction at Sanankoro.  This programme is running in parallel with a drill programme, already underway, that is aimed at outlining areas of higher grade that may present potential starter pits for any future mining project.  Indications from SRK's Exploration Target Report that there is significant potential for oxide mineralisation at Sanankoro has guided our exploration programme which is currently focused on the exciting oxide potential at Sanankoro.  We are delighted to kick off the year with an active work programme and I look forward to reporting the results of the metallurgical test work targeted for Q2 2019, as well as drill results as and when they become available."