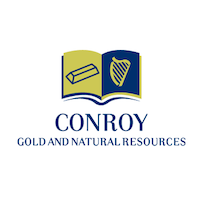 Conroy Gold and Natural Resources (LON: CGNR | FRA: FKV1) on Tuesday revealed high-value zinc results from its sampling programme in Ireland’s Longford–Down Massif just as demand for the metal is set to grow.

Of the 65 samples taken, 23 returned values of more than 500 parts per million (“ppm”) zinc over an area of around 0.8 km by approximately 0.9 km at Aughnagurgan.

Not only that, but an impressive 10 such samples were reported at over 1,000 ppm zinc, with an overall range from 74 ppm to an excellent 3,700ppm.

Results from the sampling also indicated that various associated elements were also present, including lead, nickel, cadmium, and manganese.

This impressive zinc zone within the Longford–Down Massif lies south of the previously discovered new district-scale gold trend at Clontibret, where Conroy Gold is planning to develop its first gold mine.

The Longford-Down Massif has a strong history of mining, including former Antimony mines at Clontribet, where gold was first discovered plus various shallow lead and zinc mines worked in the nineteenth century. This was known at the time as the Armagh – Monaghan mining district.

The former Tullynawood and Aughnagurgan mines were worked for lead in the area and were located within around 1km of the Aughnagurgan zinc target.

Records report that the trend of lead veins works from both mines would likely “coalesce in the area of the Aughnagurgan zinc target”, which would support the case for base metal mineralisation.

Chair Richard Conroy stressed, however, that the company’s main focus at the is still the Longford-Down Massif’s “district scale gold trend” as well as bringing in a mine for the Clontribet deposit. This deposit already has a 517,000 ounce JORC compliant gold resource.

The chair also highlighted that Conroy Gold has signed a letter of intent with Demir Export for a proposed joint venture on an earn-in basis over 12 of the company’s licenses in the Longford-Down Massif.

Demir Export is a well-established Turkish mining company and has interests in various resources, including gold, as well as base metals like zinc and copper.

“Demir Export has the mining expertise and the financial resources not only to bring the Clontibret gold deposit to construction ready status and into operation as a mine, but also to advance the significant gold potential of the other licences along the gold trend to the same status and also the base metal potential of the Massif,” the chair said.

The current worldwide surplus of zinc is expected to reduce in 2021 as increasing demand is set to outpace higher production. This is according to Russia’s UGMK, a copper and zinc producer.

According to UGMK, China will have to increase its zinc concentrate imports amid declining domestic extraction. Zinc production rise 0.9% in 2020 to 13.6 million metric tons thanks mostly to China.

UGMK is also expecting product prices to rise in 2025 to 2030 due to a possible zinc production deficit. This would come as existing mines fall from their 2024 peak while new projects have suffered weaker prices in their earlier stages.

Conroy Gold and Natural Resources (LON: CGNR) announced that it had raised £2.25 million to support its ambitious joint venture plans in Ireland on Tuesday.

It was Demir Export that approached gold explorer and developer Conroy to propose the Irish joint venture (“JV”), and the two have signed a letter of intent (“LOI”). This enticing  JV would cover all of Conroy’s Longford-Down Massif gold projects.

The Longford-Down Massif region has great potential, stretching as it does from the Republic of Ireland’s County Longford to Northern Ireland’s County Down. It is intersected by a major fault, known as Orlock Bridge. Conroy has said it believes the Massif’s geology and structural setting are “conducive to the formation of major gold mineral deposits”.

With an enhanced working capital position and balance sheet, Conroy will put its funds to work on supporting activities around the JV.

Right now, Conroy is focused on the Clontibret gold target, one of four primary gold targets in the Massif. The target has proven gold bedrock and its impressive JORC compliant total resource tops an estimated 1 million ounces over 20% of the gold target area.

Conroy’s financing includes an approximately £1.87 million placing and subscription, as well as the conversion of around £380,000 of existing debt into new shares.

There was no discount under the financing, which was arranged at 33p per share – equal to Conroy’s Monday closing price.

Directors have subscribed for £21,500 worth of shares under the placing, which was arranged by Conroy joint broker First Equity. Each share issued under the financing has a warrant and super warrant attached, exercisable at 50p and £1 each respectively.

Demir is an excellent partner for the project, as it is owned by the Koç family. The family also owns Koç Holding (IST: KCHOL), a Fortune 500 company and Turkey’s biggest industrial conglomerate.

Terms of the LOI include a €1 million cash payment to Conroy from Demir once a definitive agreement gets approval, which is a great first step. After that, Demir will spend €4.5 million in phase one payment for a 25% interest, followed by another €4.5 million expenditure for an additional 15% stake at phase two.

At the phase three mark, Demir will spend all additional funds needed to arrive at construction-ready status for Clontibret and/or other mine developments for a further 17.5% interest. This would take Demir’s JV stake to 57.5%.

Things really get interesting at this point. As chair Richard Conroy noted, Conroy Gold would retain a 42.5% interest in the JV “with various further options”, including a carry loan on capital expenditure to commercial production. This would let the company hold on to an externally funded 25% interest in the project “with minimal further cash outlay”.

This aspect of the deal, as the chair explained, “was a particularly key element of the JV for the company”.

The Ireland JV won’t be the only thing Conroy uses its new funds for. The money will also be used to meet commitments and costs for its “various licences in Ireland and Finland”, as well as exploration drilling on its Finnish copper/gold licences. The fundraise will also help with the company’s working capital.

Conroy’s main focus in Finland is on gold exploration in the Lapland gold belt. This belt hosts the biggest mine in Europe, the 4.4 million Oz Kittila gold mine. Conroy believes its exploration licence areas in the belt are “highly prospective for the discovery of a significant iron oxide copper gold deposit”.

Conroy Gold: One of MiningMaven’s Recovery Plays for 2014/15

In the words of prolific resource investor Rick Rule "We are at or approaching a market bottom. Money is made in speculative sectors by buying low and selling high. You have the opportunity in the next 12 to 18 months to buy low. This is my fifth major market cycle. Every single one reinforced to me that bear markets - like the one we've been through and the one that we're in - are the authors of bull markets. A market which has fallen by 75% in four years is arithmetically 75 percent less risky."

Recovery plays are not always well understood, well liked or even expected to recover. If they were, they would already have recovered and no longer offer value!  That said, right now the vast majority of natural resource stocks are unloved and those with assets holding value and potential beyond their measly market capitalisation are harder to spot amongst the crowd!