On Tuesday, gold explorer and developer ECR Minerals (LSE:ECR) announced it has commenced exploration activities at its Timor Gold Project in the Victorian Goldfields region of Australia. ECR has five projects in the region, with exploration now underway in three of them; Bailieston, Creswick and now Timor. With activity now starting at the latter, this summer holds a great deal of promise for news flow for the company.

Timor includes some very high-grade gold deposits up to 7 ounces per tonne and ECR says the historical gold mines were not developed fully at depth. This was likely due to technical challenges, but modern techniques could open up the opportunity for renewed, significant production.

Two major fault zones have been identified at Timor; the Shaw-McFarlane Fault Zone (SMFZ) and the Leviathan-Mariners Fault Zone (LMFZ).  Reconnaissance rock dump sampling along the two faults will be undertaken which, depending on the findings, will be followed-up with a grid-based GPS portable X-ray Fluorescence (pXRF) survey for antimony and arsenic as pathfinders to gold mineralisation. The next stage will likely be a programme of Rotary Air Blast (RAB) drilling on identified targets.

ECR says that due to the scale of the deposits present, there is the potential to employ modern open cut and underground mining techniques at both the fault zones. 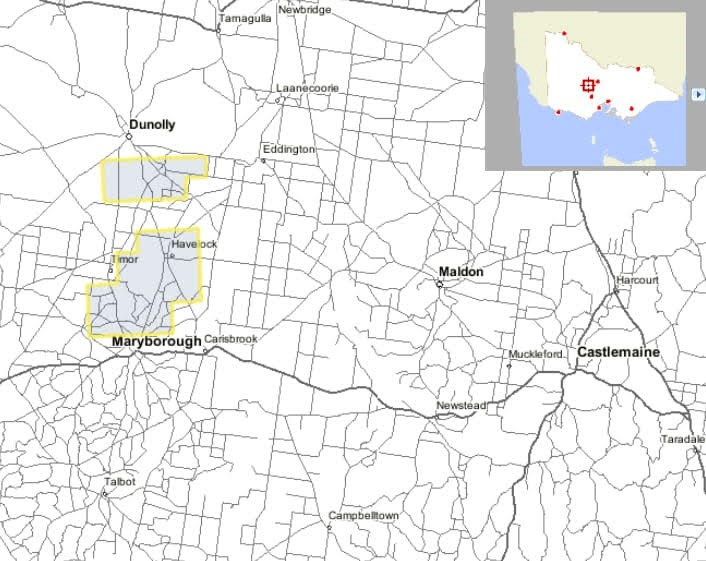 This month has been a very active period for ECR, particularly in relation to its Creswick Gold Project located to the south of Timor. The firm has significantly ramped-up its sampling and testing programme following the discovery of a nuggetty gold system at the deposit in May. ECR’s team on the ground are systematically testing zones collecting around 640 sample bags of around 30kg each. Sample bags will be initially prioritised for further analysis using metal detection and whole bags positively identifying metal content will be tested extensively. This will provide a much more reliable sample size to determine the extent of the gold nugget distribution across the target area.

Geological reconstruction and interpretation by ECR’s technical team are revealing the complex geology of the Dimocks Main Shale which the firm believes is potentially large enough to host a multi-million ounce gold deposit.

The company is working towards achieving a JORC compliant resource at Creswick and in preparation of this goal, has brought in further relevant experience. The firm has appointed Resource Geologist Kevin Whitehouse of Australian Exploration Field Services Pty Limited, as a consultant to the company and intends on applying his experience and knowledge to the further development of Creswick.

Mr Whitehouse has over 40 years of experience in the natural resources sector with an emphasis on resource modelling, JORC and NI 43-101 reporting, business development, and data management.

MiningMaven caught up with ECR’s Chief Executive Officer, Craig Brown in a podcast interview earlier this week. You can listen to the interview below.

The Author does not hold a position in the stock(s) and/or financial instrument(s) mentioned in the piece.

The Author has been paid to produce this piece by the company or companies mentioned above.