Following the release of further details on its approved Monchetundra Mine permit on Wednesday 5th December, Eurasia Mining (LSE:EUA) announced on Tuesday that it has now received the official license certificate for the permit. The project is a platinum group metals (PGM) and base metals mine located near the town of Monchegorsk on the Kola Peninsula in northwest Russia.

Granting of the mining permit was announced by Eurasia on 20th November and is based on a previously issued discovery certificate. Eurasia is fully authorized to construct a mine at Monchetundra which contains approximately 1.9m ounces of palladium-led reserves including platinum, gold, nickel, and copper resource. The company estimates the site has a gross in-situ value of $2.1bn based on current spot prices.

Eurasia later advised on Friday 7th December that it had been given notice of the payment terms for the license by Rosnedra, the Russian Federal agency responsible for mining. The total one-time payment for the license will be RUR 20,843,788 (£244,265) with 20% (RUR 4,168,758 or £48,853) to be paid within 30 days of registration of the licence at the state register of subsoil licences. The remaining 80% of the fee is payable within 5 years of the date of the licence's registration.

With the official permit document now transferred to Eurasia and registered with the state registry of subsoil mining licences in Moscow, it is the company's intention to pay the initial 20% from available funds.  The remaining balance is expected to be met as part of the capital development of the project. 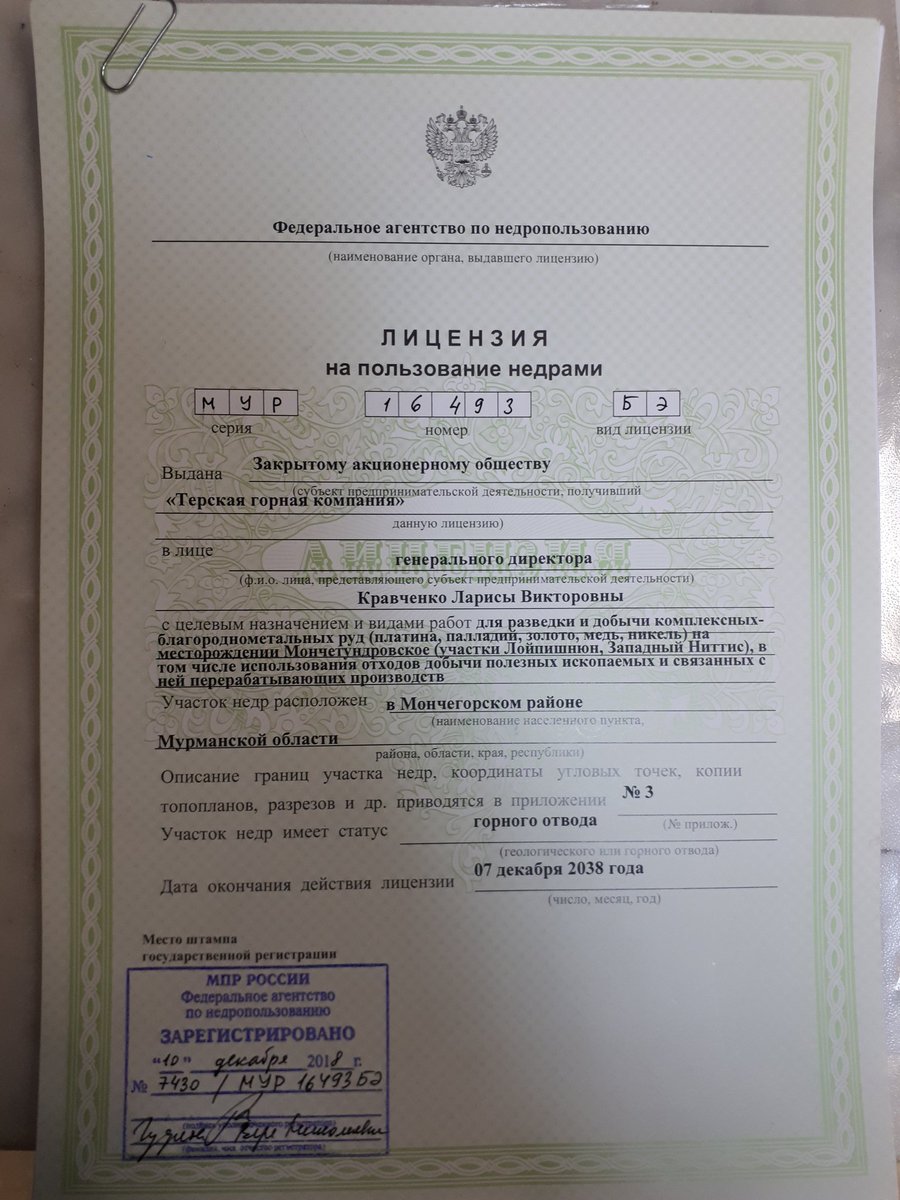 The Kola Peninsula, borders Finland and Norway in the far Northwest of Russia and forms the eastern margin of the archean Baltic Shield. This ancient terrane is punctuated by numerous ultramafic igneous bodies of Paleoproterozoic age, some of which are layered intrusions analogous to the Bushveld Complex in South Africa.

Eurasia's interests lie at the contact of three such intrusions including the Nittis-Kumuzhya-Travyanaya (NKT) Massif that was extensively drilled for base metal mineralisation and mined for sulphidic copper nickel mineralisation from 1937-1971.

Eurasia began work at the Monchetundra Project in 2006 developing the site from a green fields exploration project. This was initially as part of a joint venture with Anglo American Platinum whose interest Eurasia bought in 2014. A Feasibility study, combining open pit targets West Nittis and Lopishnune, was completed during 2015 and 2016, and the mining license was lodged in December 2017. 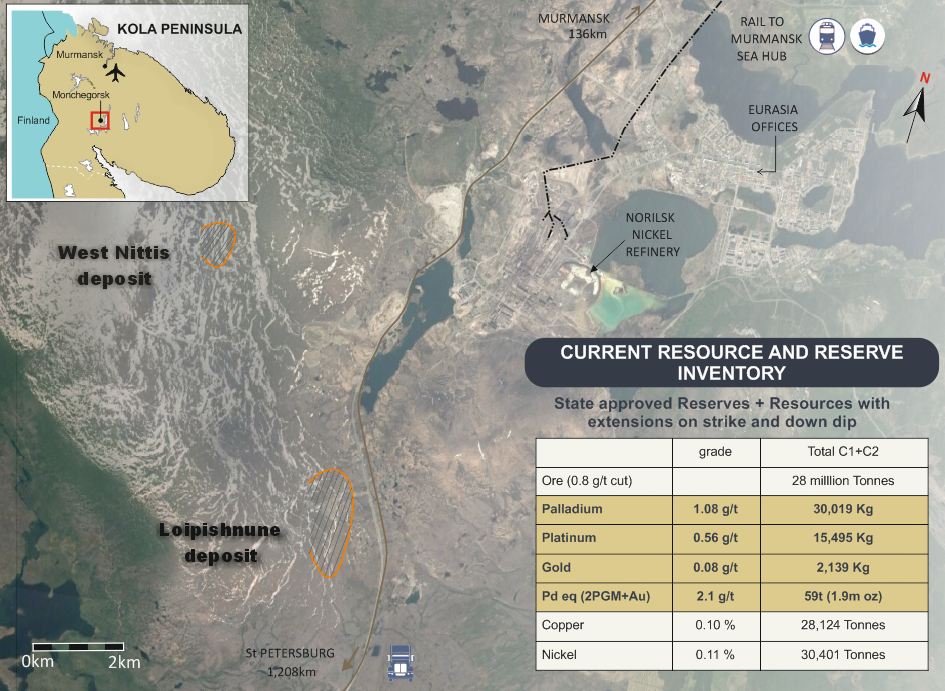 Eurasia already has an Engineering Procurement Construction & Financing (EPCF) contract in place with the Chinese state-owned major infrastructure project group Sinosteel for a total value of US$176m. Sinosteel will be responsible for the debt finance of 85% of the total, i.e. US$149.6m. The loan is for a period of 10-years with early repayment permitted at an indicative interest floating rate at 6 month LIBOR plus 3.5%. A US$50m sub-contract for engineering and pit development works is specified within the contract and is assigned to Eurasia's 80% subsidiary Terskaya Gornaya Kompany (TGK), or a sub-contractor of its choosing.

Eurasia is engaged in discussions with potential sub-contractors with regard to contracting part of the mining operation, as well as acting as the company’s representative during the mine construction phase. The aim is to emulate the contract mining arrangement utilised at the company's operating PGM and gold mine at West Kytlim by contracting the mining operation, for a percentage of gross revenue, to a reputable international specialist company with experience in Russia, with Eurasia retaining control and ownership of the project.

The palladium spot price recently hit all-time highs at $1253 in a rare move seeing the metal surpass the price of gold. With a 3:1 palladium/platinum ratio in favour of palladium at Monchetundra, mining economics have naturally improved as a result.

Christian Schaffalitzky, Managing Director and Executive Chairman for Eurasia, commented: "This is the start of a new chapter for the Company and its ambitions.  Our commercial arrangements regarding the Monchetundra Project development can now be realised at this large low cost PGM and base metals project.

The issue of this mining permit represents a sea change for the company, as this is a major project which the company intends to develop alongside our West Kytlim PGM and gold mine, which achieved steady state industrial scale production during 2018.

It is also significant that very few mine permits are issued for PGM projects, reflecting the lack of investment in this sector, something that we the Directors feel makes this project particularly valuable. The vast majority of permits issued in Russia are for gold projects, and it is also quite rare in the current phase of the resources cycle to find an exploration company taking a project all the way from green fields exploration through mine permitting. Now we progress onto mine development and production, at Eurasia’s second mining license, based on its own discoveries, issued in less than three years.

As regards funding requirements, our arrangements with Sinosteel mean the Company can move forward with the project's development without recourse to further dilution of its shareholder base.

It is our intention to offer specific timelines and objectives for the projects development through 2019 in due course."