This morning, Eurasia Mining (LSE:EUA) announces it has been officially informed an exploration license for an additional 71.1km2 at its West Kytlim Open Pit Mine will be granted. West Kytlim is Eurasia's operating alluvial PGM gold mine in the Ural Mountains, Russia.

West Kyltim is the second largest alluvial PGM reserve in the world with more than 350,000 ounces of resource potential. The mine, fully permitted for production until 2040, produced around 5,300 ounces of raw platinum during 2018. In addition, it produced significant credits of palladium, platinum, iridium, rhodium and gold.

Under Russian subsoil licensing rules, a company holding a mining permit has the automatic right to apply for exploration ground directly adjacent to identified mineral reserves, up to a limit of 5km. Eurasia submitted the new area – the ‘West Kyltim Flanks’ - for licensing in February 2018. It believes the Flanks offer the potential to significantly add to the resource base and life of mine of the West Kytlim project. The Company has been informed by Uralnedra, the agency responsible for subsoil licensing and mine permitting in the area, that a resolution approving the granting of the license has now been issued. The minutes of the Uralnedra committee meeting are to be published within 5 days, and the final award of the exploration permit is to proceed within 30 days.

Eurasia has begun work on the exploration strategy for this ground, initially conducting a review of data from prior mining operations and dredging in the area. The company has already worked in the area under a previous exploration permit. Although it is too early for a definitive assessment of the resource potential, Eurasia’s board are confident the area should add considerable value. 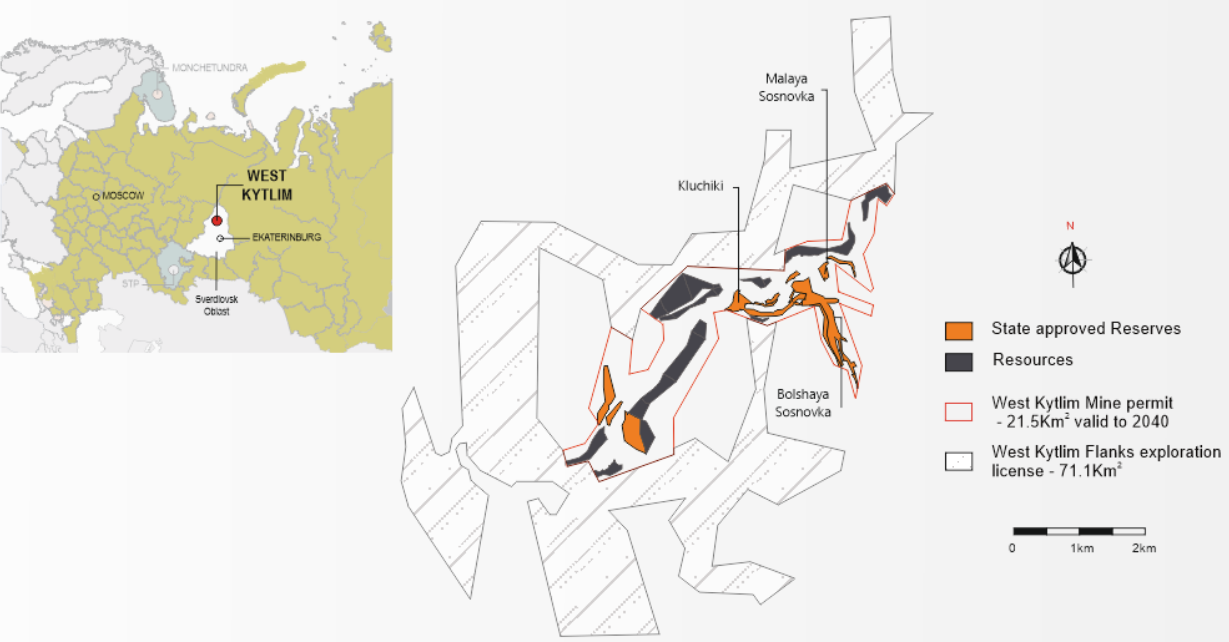 Eurasia have a number of projects in Russia including another PGM project at Monchetundra on the Kola Peninsula in northwest Russia. Earlier this month the company reported it had received approval to construct a mine at Monchetundra which contains approximately 1.9m ounces of palladium-led reserves including platinum, gold, nickel, and copper resource. The company hopes to emulate the contract mining arrangement utilised at West Kytlim by contracting a reputable international specialist company with experience in Russia, with Eurasia retaining control and ownership of the project.