Monday saw Eurasia Mining (LSE:EUA) reveal that full scale washing and production has commenced at its West Kytlim Mine in the Urals Mountains of Russia. Processing at West Kytlim is seasonal as the alluvial process relies heavily on running water. Ahead of the seasonal thaw, mining and preparations have been ongoing since January. A stockpile of around 30,000m3 of ore has been built up and will be maintained at the washplant to provide a buffer of material to ensure constant production. The firm adds that ‘ore has been and will be continuously sampled during excavation to confirm the grades’.

The open-pit mine is the second largest alluvial PGM reserve in the world and contains palladium, platinum, iridium, rhodium and gold mineralisation. Mining at West Kytlim has moved on to the Kluchiki area where forest clearance was undertaken in February.  A number of improvements have been made at the plant to improve washing efficiency and metal recovery. Ore is now being fed through the trommel using a feeder system which is designed to ensure a more consistent flow of gravel through the plant. Additionally, a jig has also been added to the overflow of the sluice to attempt to capture more of the finer platinum bearing nuggets.

Last year, output from the West Kytlim mine exceeded expectations with platinum production of 165kg, and during a podcast interview in April Eurasia’s chairman, Christian Schaffalitzky told MiningMaven the company is targeting similar production levels in 2019. 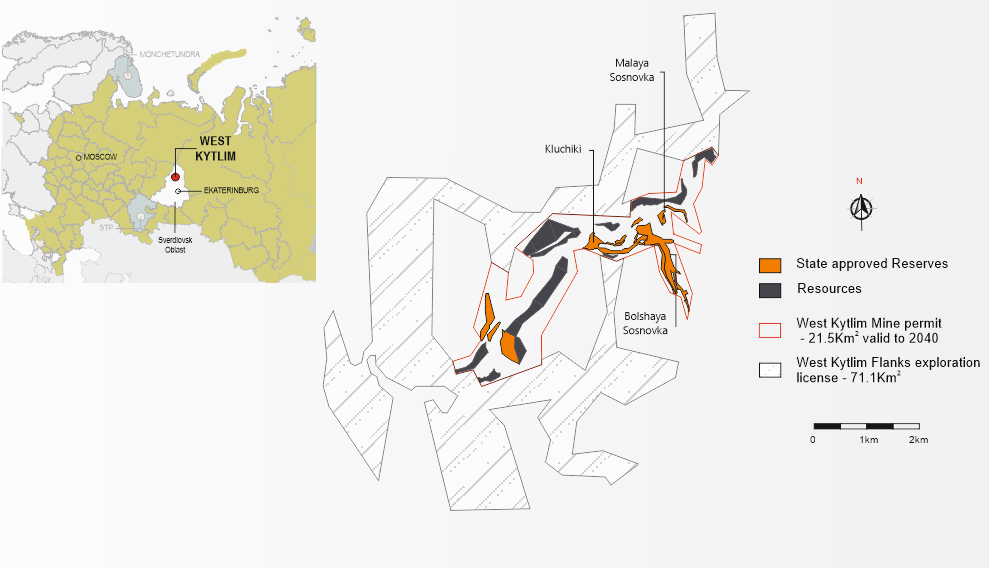 Meanwhile, The company has been developing its larger Monchetundra asset towards production since it was issued a mining permit in November last year. An engineering, procurement, construction (EPC) and financing agreement is in place with Chinese group Sinosteel for the development of the mine, which is estimated to hold 2 million ounces of palladium & platinum equivalent.

Christian Schaffalitzky, Chairman of Eurasia commented: 'We are confident of a strong second year at West Kytlim in 2019 with mining ongoing since the first quarter and with the full scale production and washing started in Q2. Our own team and that of our Contractor are building on their experience of last year with several modifications to the circuit aimed at further increasing efficiency and metal recovery. We will publish the improved grades and recovery numbers later this year, after these improvements are confirmed over longer term production period.'

MiningMaven.com and Catalyst Information Services Ltd are not responsible for its content or accuracy and do not share the views of the author.  News and research are not recommendations to deal, and investments may fall in value so that you could lose some or all of your investment. Past performance is not an indicator of future performance.