Molyhil is located 220 kilometres north-east of Alice Springs as the crow flies within the prospective polymetallic province of the Proterozoic Eastern Arunta Block. The firm completed an updated Definitive Feasibility Study (DFS) for the project back in August and is now focused on securing project finance to bring Molyhil into production. Thor has been in advanced discussions with a number of potential partners regarding potential off-take, joint venture and debt financing arrangements. The DFS suggests project capex will be around $51m with a payback period of just 18 months from fiest production.

Around 30 kms away from Molyhil is Bonya which Thor hopes will be a satellite deposit providing additional resource inventory and extending the life of Molyhil. Thor owns a 40pc equity interest in Bonya which also contains a significant copper resource. 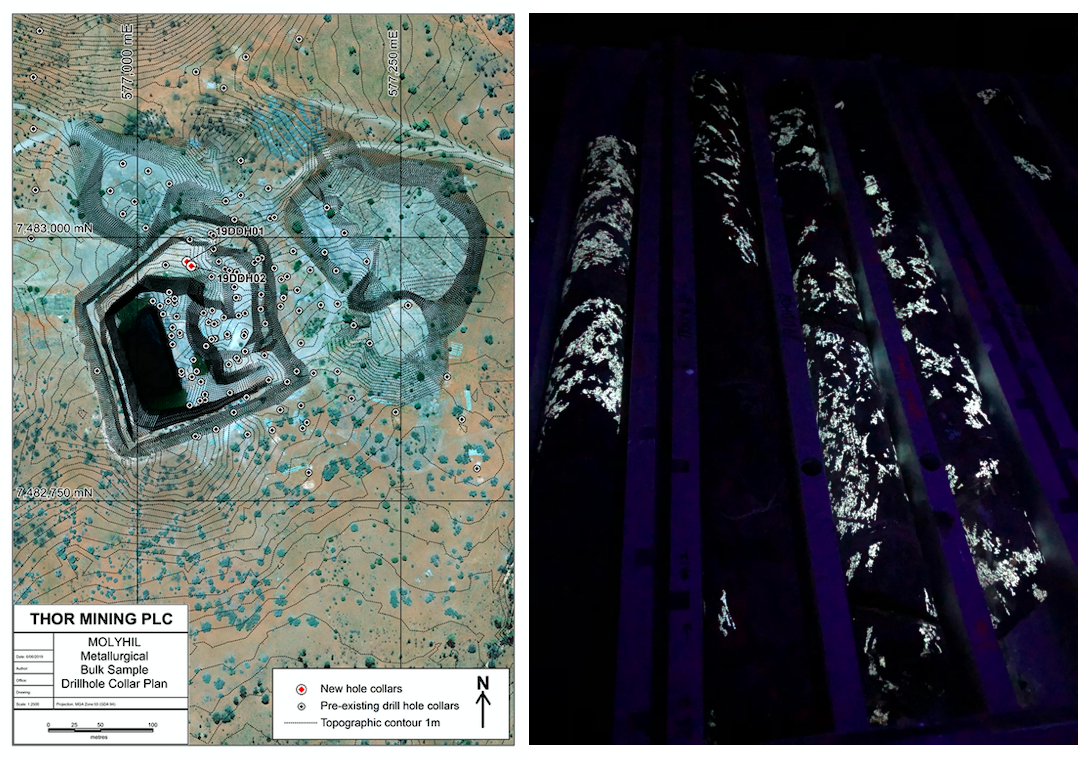 "It is rewarding to see confirmation of extensive high-grade scheelite mineralisation along with expected grades of molybdenum.  It is also very pleasing to see the copper mineralisation at potentially economic levels".

"While the hole design was for the purpose of collecting material most likely to produce sufficient concentrate, rather than for resource purposes, the high-grade nature of the scheelite mineralisation provides further substantial confidence in the Molyhil deposit"

"Additionally, copper, while part of historic mineral resource estimates at Molyhil, has not been included in the resource estimate for some time, however recent testwork has shown encouraging results for production of a separate saleable concentrate.  While this work has implications for potential production from the nearby Bonya deposits, it is expected to also apply to any copper mineralisation extracted at Molyhil"

"Since acquiring the Bonya properties, ongoing studies on the combined Molyhil-Bonya project have identified the copper potential of Bonya and its potential suitability for processing at Molyhil (news releases 26 November2018 and 7 May 2019). This has led to the reappraisal of the copper potential at Molyhil itself. Although copper was part of the historical resource estimates at Molyhil, copper has not been included in the recent Thor Mineral Resource and Reserve estimates, and does not form part of the DFS.  At this time, Thor does not plan to amend the resource estimates for Molyhil, or the current DFS on the strength of this new copper perspective, and as such Thor ascribes no additional value for any potential copper revenues at this time."