‘There is a lot of upside to be had here’: Mick Billing on Thor Mining’s recent trip to Bonya and ongoing Molyhil deal discussions (THR)

Earlier this month, Mick Billing, chief executive of Thor Mining (LSE:THR), carried out a site visit to the firm’s tungsten and copper-prospective Bonya tenements. The trip was carried out as part of planning for a drilling programme at Bonya, which is adjacent to Thor’s flagship Molyhil and tungsten and molybdenum project following promising intersection earlier this year.

Against the exciting backdrop of an initial 114,000t copper resource at the Moonta project held within Thor’s EnviroCopper subsidiary, we caught up with Billing to discuss his findings from the trip. The chief executive also provides us with an update on Thor’s ongoing efforts to secure project finance and offtake agreements at Molyhil.

To recap, Thor purchased a 40pc stake in Bonya from Rox Resources last year and is now in a JV with Arafura Resources. The two firms now share development costs proportionally to the size of their holdings. Bonya hosts 13 outcropping tungsten deposits that currently carry an exploration target of 3-4.9MMts at 0.3-05pc tungsten trioxide.  The area also hosts an inferred copper resources of 230,000ts for 4,600ts of copper.  Thor plans to extract and process this copper at Molyhil for a ‘minimal additional cost’. 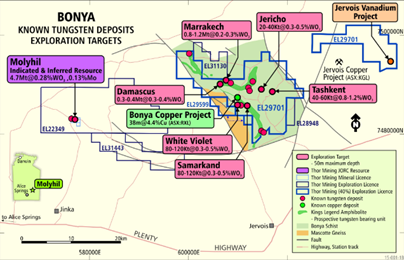 Location of the Bonya tenements relative to Molyhil (Source: Company)

Despite the licence area being part of a known tungsten province, no tungsten drilling had taken place since the 1970s.  Regardless, in April, Billing said he hoped that Bonya could add ‘considerably’ to Molyhil’s life, scale, and economic outcomes. True to its word, Thor - alongside Arafura - completed an initial 2,500m reverse circulation drilling programme across Bonya earlier this year.

To build on these strong initial results, Thor and Arafura will now target near-term drilling to test the extent of the two deposits and create reportable mineral resource estimates. To support this, Billing says he and his colleagues searched White Violet and Samarkand for surface scheelite – a tungsten compound that shines blue when a UV light is shined on it in the dark – on their recent trip. Billing says the work was high encouraging, further informing and extending the imminent drilling programme and leaving him with the impression that there is a lot of upside to be had in the area.

‘At White Violet we have identified a couple of holes where we drilled last time that we would like to take deeper and another one we would like to move the hole a bit to connect better up with some trenching,’ he said. ‘We are also going to do some infill work because we are really keen on getting a resource estimate out of this deposit in the next drilling programme, which we expect will start in September.’

‘Things were even more encouraging at Samarkand as we have found a couple of quite promising scheelite occurances extending past the area drilled out. We won’t just be going a bit deeper to do resource-type infill work, we will also be extending to the north-west and hopefully also to the south-east. We think there is a good chance we can not only get a resource at Samarkand but also extend the area where the mineralisation is currently known. There is a lot of upside to be had here.’ 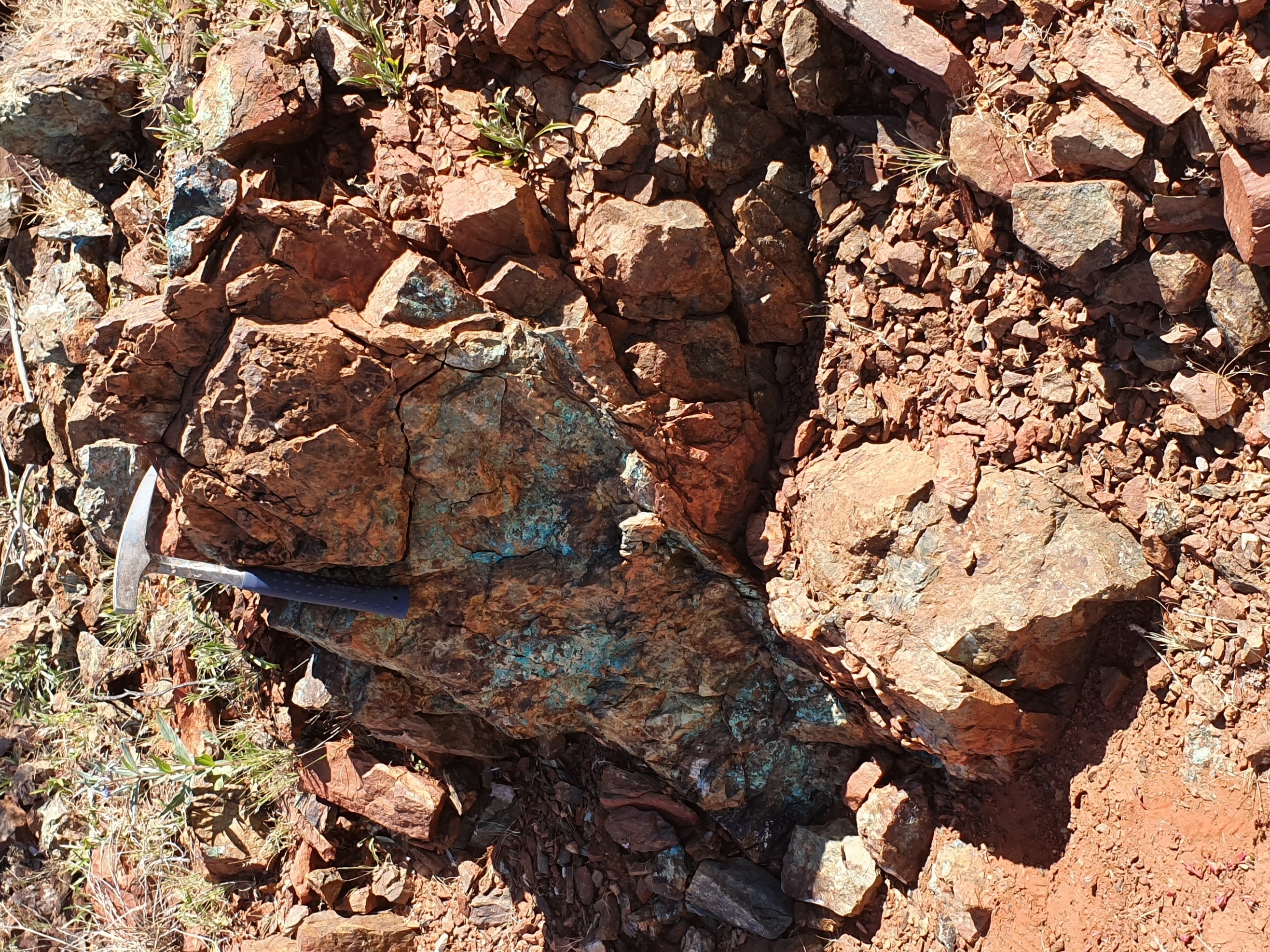 Bonya and Molyhil’s prospectivity appears to increase with every related RNS release. Indeed, earlier this week Thor announced that a second metallurgical bulk sample drill hole has further boosted its flagship Molyhil project’s prospectivity for copper alongside tungsten and molybdenum.

Speaking to MiningMaven, Billing told us that he remains confident Thor will be able to lock in project finance and off-take agreements for both tungsten and molybdenum concentrates mined at Molyhil. As previously discussed, the company has been approached by, and advanced discussions with, several players whose interests include offtake agreements, joint venture arrangement, or debt instruments. Billing says such talks are still proceeding, with the business taking great care to ensure it picks the arrangement that works best for both itself and shareholders.

‘There is now quite a large group of companies who would like to offtake from the output at Molyhil. There is a smaller group who are interested in funding and there is another group that have said there is interest in a joint venture,’ he said.  ‘One of the things these potential JV partners will want out of that type of structure is almost certainly an offtake. With this in mine, we are not locking in with any of the others until we have exhausted the opportunity for a JV. These are people that are working at their own pace so I cannot underwrite the success or a timeline. However, we are still confident there is a deal to be done with a couple of the people with which we are in discussions.’