On Tuesday, Ariana Resources (LSE:AAU) updated the market on developments at its Salinbas Gold Project in Turkey. The firm has received approval for a 10-year renewal of the Salinbas license from the Turkish General Directorate of Mining and Petroleum Affairs. Ariana is about to commence a 2,000-metre Reverse Circulation (RC) drilling programme, reporting the drill rig has now been mobilised.

Having received the required Ardala licence forestry permits, site preparation is underway. This includes some road-building and existing roads have been readied for further drilling in the trial mining area. To date, over 10,000 tonnes of mineralised material has been extracted from the trial mining area and stockpiled on site. 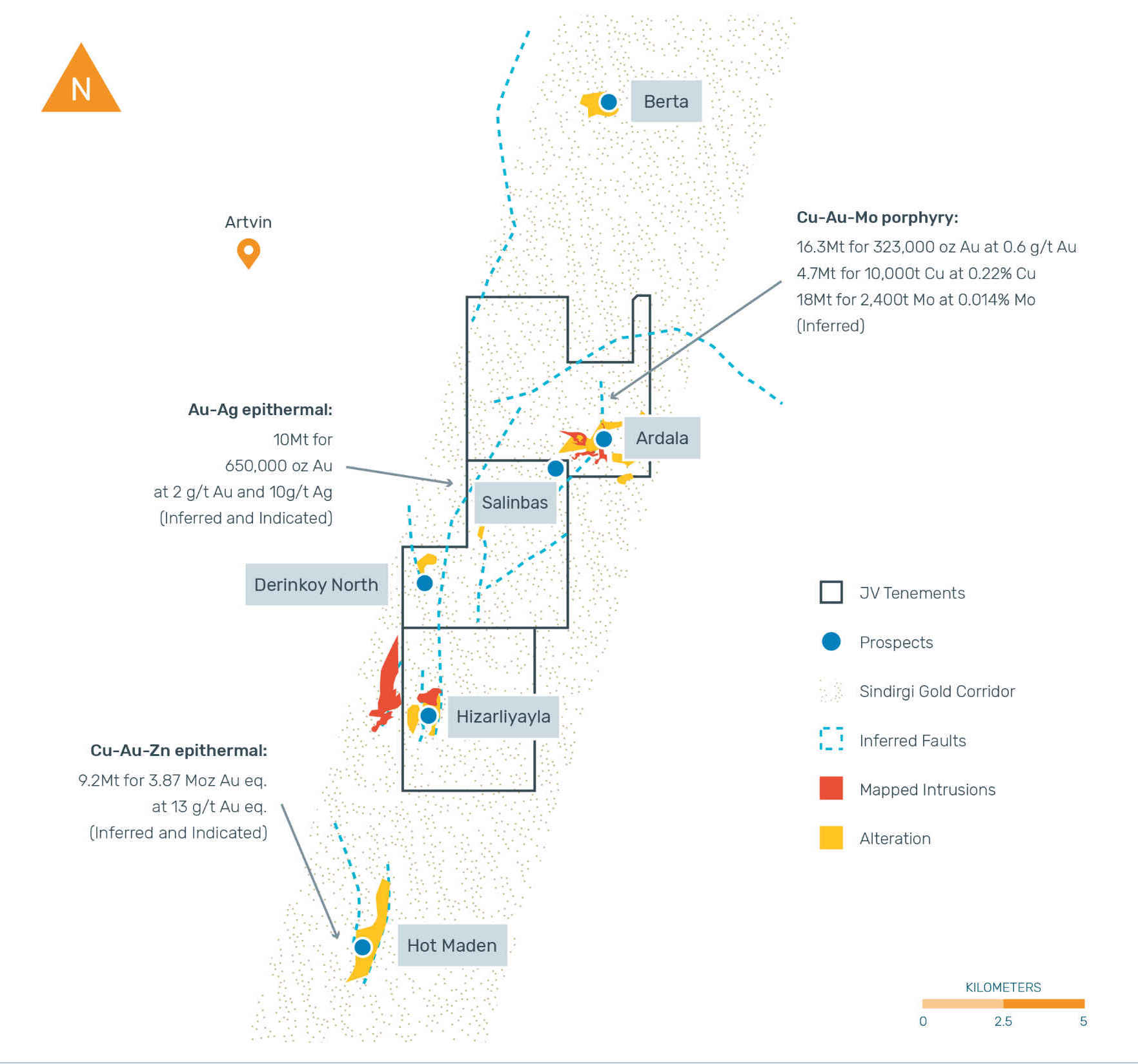 Map of the Salinbas Gold Project

The gold, silver, and base-metal project contains three notable licence areas called Salinbas, Ardala and Hizarliyayla. The licenses are located within the multi-million ounce Artvin Goldfield in Turkey’s “Hot Gold Corridor”. The corridor contains a number of significant gold-copper projects including the 4 Million Ounce (Moz) Hot Maden project which lies 16km to the south of Salinbas. Also to the south lies the Hizarliyayla prospect which is partially hosted within the same stratigraphic sequence as the Hot Maden discovery.

"This is an excellent set of outcomes for the future development of the Salinbas Project, which have converged simultaneously.  Now that we have secured all of the permits required for the drilling of the Ardala licence we have much greater flexibility to drill-test some of the key targets defined in earlier exploration.  An initial 2,000m of RC drilling is due to commence on the Ardala licence imminently and is expected to conclude by early June.  In addition, achieving the upgrade of the Salinbas licence to operational status is a particularly important development, as it will secure our rights to that property for 10 years."